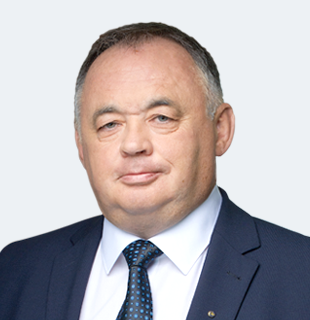 After a highly successful academic career in IT, Nikolay founded Miratech in 1989 and developed the company into an IT leader in the industry with qualified personnel and international projects and representation. He subsequently served as Miratech’s CEO until December 1999.

From 1983 to 1989, Nikolay served as Head of Laboratory and Deputy Director at the Institute of Software Systems of NAS of Ukraine. Mr. Royenko was a visiting researcher at the University of Zurich, and participated in the Young Scientists Summer Program at the International Institute for Applied System Analysis in Vienna, Austria.

In 2004, Nikolay was elected Charter President at IT Ukraine, a leading industrial IT association, and was subsequently reelected four times in a row.